To share your memory on the wall of Fred Douglas Reid, sign in using one of the following options:

Born on November 18, 1934, in Atlanta, he was the son of the late William Douglas Reid and Carrie Ruth Turner Reid. Fred grew up in... Read More
Fred Douglas Reid, age 86 of Sandy Springs, formerly of Cornelia, passed away on Friday, March 12, 2021.

Born on November 18, 1934, in Atlanta, he was the son of the late William Douglas Reid and Carrie Ruth Turner Reid. Fred grew up in Cascade Heights and graduated from Southwest High School in Atlanta in 1952, where he was awarded the Journal Cup by the Atlanta Journal-Constitution for outstanding scholarship, character, and integrity. While in high school, he met Helen NeSmith whom he married on March 19, 1955. He then went on to graduate from Georgia Tech in 1957, with a Bachelor of Science in Industrial Management. Fred was a Co-Op student at Tech and in Army ROTC. After graduation, he joined the Army Reserve and was later called to Active Duty during the Berlin Crisis. Fred’s first job was in Auburndale, Florida at Continental Can Company, before moving back to Atlanta where he worked for 11 years with Crown Cork & Seal. In 1971, Fred and his family moved to Cornelia, where he was employed as Department Manager with Ethicon/Johnson & Johnson for 24 years. After retirement, Fred was employed with McGahee-Griffin & Stewart Funeral Home for 20 years.

For most of his life, Fred was an active member of his community: at age 21, he joined the Ben Hill Masonic Lodge #674 F & AM and then transferred to the Cornelia Masonic Lodge #92 F & AM, for a total of 65 years; he was a member of the Yaarab Shrine Temple in Atlanta; he was a member and former officer of the Civitan Club in Southwest Atlanta and the Cornelia Optimist Club. Fred was a very active member of Cornelia United Methodist Church, where he served in many leadership roles. He was also a Master Barber who for many years frequently cut hair for friends, homebound, or hospitalized persons.
Fred has been described by his family, co-workers and friends as a good, hardworking, honorable and dedicated gentleman. He was passionate about helping others especially children in need. He made lasting positive impacts on all those around him throughout his life.

The service will be livestreamed at McGahee-Griffin & Stewart Funeral Home’s Facebook page, for those unable to attend.
The family will receive friends from 4-7 PM on Friday, March 19, 2021 and from 1 PM until the service hour on Saturday at the funeral home.

Those in attendance are asked to adhere to public health and social distancing guidelines regarding COVID-19.

The family respectfully requests that flowers be omitted and donations be made to Cornelia United Methodist Church, 275 Wyly Street, Cornelia, Georgia 30531 or to the Shriners Hospitals (lovetotherescue.org).

The family would like to give special thanks to the caregivers at Somerby Memory Care and Fountainview Center for Alzheimer’s Disease.

Receive notifications about information and event scheduling for Fred Douglas

Consider providing a gift of comfort for the family of Fred Douglas Reid by sending flowers.

We encourage you to share your most beloved memories of Fred Douglas here, so that the family and other loved ones can always see it. You can upload cherished photographs, or share your favorite stories, and can even comment on those shared by others.

Posted Mar 22, 2021 at 07:30pm
I am so sorry to hear of Fred’s passing. He was one of the finest men. Troy admired and loved Fred. He knew him from working with him and from the lodge. I know he and Troy are having a great reunion in Heaven. My prayers for Helen and the rest of the family. I know you will miss him terribly.
Patsy Baker
Comment Share
Share via:
L

Posted Mar 21, 2021 at 09:04am
Our thoughts and prayers go out to Helen, Brent, Brad, and their families for this loss. Fred was a friend and co-worker to us and we share this loss as do so many others that were touched by him. It is comforting to know Fred is with our Lord in heaven and his character and love lives within his family. We all have good memories of our time with Fred and remember the twinkle in his eye when he shared a funny story with us. We all miss him but were blessed to know him. Larry and Virginia Ellington
Comment Share
Share via:
AK

Posted Mar 20, 2021 at 03:11pm
Fred (or Fred R as Daddy called him) was a fine man who always had a smile and a kind word. He was a wonderful friend to our family and a wonderful servant to our community and his church. We were fortunate to know up with such good role models! We pray for your peace and comfort, knowing Fred had such a life well lived.
Annaclair Lawson Kiger
Comment Share
Share via:
CT

Posted Mar 18, 2021 at 09:23pm
Helen and family, so sorry for your loss. Fred was so kind and always a Gentleman, well respected by everyone that he met.
Our thoughts and prayers for peace and comfort.... Charles & Margaret Tench
Comment Share
Share via:
BM

Posted Mar 18, 2021 at 08:50pm
I spent time with Fred for 4 or 5 years when we lived in Alto, Georgia. We first met when I petitioned the Cornelia Lodge. He became my mentor and I have never known such a patient man. As I reminisce about him, in my life, he had a great way of getting you out of your comfort zone, without you even realizing it. There were many things I had to learn at the lodge, and Fred would be right there teaching me. It was during the winter months, and we would be in the lodge, huddled by the stove, and I can remember Fred saying, “now Bill that is not quite how I have it, let’s go over this again.” He would spend hours helping you learn. He presided over me when I became a Master Mason. Yes, Fred was always right there with you. I learned during this time, that I was attending the same church that Fred attended. Well, more about that comfort zone, before I knew it, Fred had me giving announcements in front of a regional lodge meeting, cooking pounds of bacon, and mixing batter for pancakes for the men’s club breakfast, and even ushering and collecting the offering at church. Fred was quite an organizer. I had never dreamed of doing any of those things. I must say the years we lived in Northeast Georgia, were definitely some of the best years in my life. A lot of that can be contributed to Fred Reid. I loved Fred’s suttle sense of humor, and his laugh. He was always giving me the business, about being from Florida. He said, “it wasn’t your fault, you’re from Florida.” Or the story he told about having tofu turkey for Thanksgiving. When we moved back to Florida, Fred and I still kept in touch. When we would visit the area, I would always stop by to see Fred and Helen. I have always had Fred on my mind. He is definitely one of the “Good Guys”, and has crossed the paths of many. Helen, thank you for sharing his time with so many of us. I know he was always on the go. He will be greatly missed, but I know he is in good hands. He is a true Brother.

P.S. We may be from Florida, but our hearts are still in Georgia. 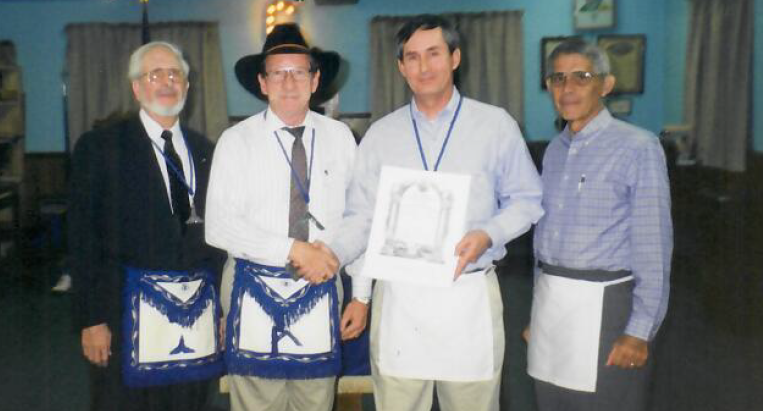 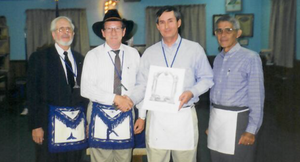