To share your memory on the wall of Dennis Israel, sign in using one of the following options:

Mr. Israel was born in Spartanburg, SC to Dr. H. Boyd Israel and Joyce Ann Israel on August 29, 1952. He was a graduate of Campbell High School, in Smyrna, GA, attended Valdosta State University and received his Bachelor’s and Master’s Degree in Education from Georgia Southwestern University in Americus, Georgia and was a member of the Lamboa Chi Alpha fraternity.

Mr. Israel’s first love was for the Lord and teaching. He read his Bible daily and was a active member of First Baptist Church of Gainesville, GA and was greatly involved with The Torch of Demorest and Free Chapel of Gainesville. He taught for thirty years in the Georgia Public Education system at the elementary, middle, and high school level, before retiring in 2008. Upon retirement, Mr. Israel met and married the love of his life, Paulette W. Cain. They were married in 2012 and Paulette survives him.

Mr. Israel enjoyed tennis and running, becoming Semi-Pro in tennis during his collegiate years and continuing to enjoy competition running well into his early sixties, participating in Atlanta Track Club races and volunteering extensively for the Club. He had a love for fine arts and politics. Dancing, singins and acting were favorite post-retirement interests of Mr. Israel. Mr. Israel took acting classes after retiring and received several cameo roles in movies filmed in the Atlanta, GA and Knoxville, TN area, as well as, acting roles in numerous commercials. In addition, he performed throughout his life with many Community Chorales and choirs throughout Georgia. Finally, before becoming ill in recent years, Mr. Israel actively engaged in volunteer activities such as tutoring exceptional children at ESP, an Athens, GA -based agency and teaching English-As-A-Second language students through First Baptist Church of Gainesville, GA.

To sign an online registry, those wishing to do so or offer condolence, may visit McGahee-Griffin & Stewart Funeral Home website at mcgaheegriffinandstewart.com.

In lieu of flowers those wishing to do so may make Memorial donations to “In Loving Memory of Dennis Boyd Israel” Go-Fund-Me account at https://gofund.me/68227fb9

Receive notifications about information and event scheduling for Dennis

Consider providing a gift of comfort for the family of Dennis Israel by sending flowers.

We encourage you to share your most beloved memories of Dennis here, so that the family and other loved ones can always see it. You can upload cherished photographs, or share your favorite stories, and can even comment on those shared by others.

Posted Jun 10, 2021 at 08:59pm
It was always nice to talk with you when I came to the house! You were always so happy to talk about teaching the kids and when I brought my daughter your eyes lit up like you were walking into the classroom with someone to teach! You’re memory will be forever with us! We are praying for Miss Paulette and your family! Rest in Heaven ❤️
Comment Share
Share via:
PC

Thank you very much Brittney that means a lot we loved when you came. You helped us so much 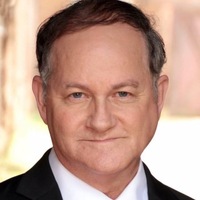 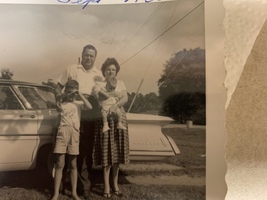 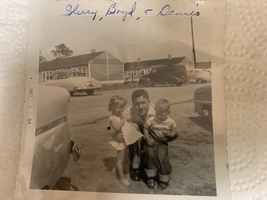 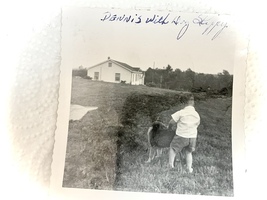